«Many people are familiar with the daily routine of washing, drying and styling their hair. Although hair will eventually dry on its own if given enough time, most people reach for a hair-dryer to speed up the process. While science may have disproven the link between wet heads and catching colds, it’s still no fun to sit around with a head full of wet hair, especially in winter.

Hairy-dryers, also known as blow-dryers, were first sold in the 1920s. At first they were pretty dangerous to use – hundreds of people were electrocuted when they dropped their hair-dryer into water-filled sinks and bathtubs.

That isn’t as likely today, however because of the advent of Ground Fault Circuit Interrupters (GFCI). Since 1991, all portable hair-dryers have been required by U.S. federal law to protect you against electocution should you accidentally drop one in water while it’s plugged in. This applies whether the hair-dryer is on or off. A GFCI is the larger, polarised plug that you’ll find on many consumer appliances. When they’re plugged in, GFCIs monitor the amount of current that’s running from one slot of a wall outlet through an electric circuit and back to the other slot. If they sense a leak in the current, they trip the circuit.

What happens to a hair-dryer if you drop it in water when it’s not plugged in? You don’t run the risk of electrocution, since there’s no source of current, but you can certainly damage the hair-dryer if all of its components get wet. So, plugged in or not, it’s a bad idea to throw it in the tub.»

Exercise 2. Answer to the following questions. 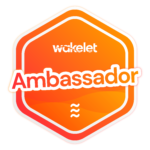